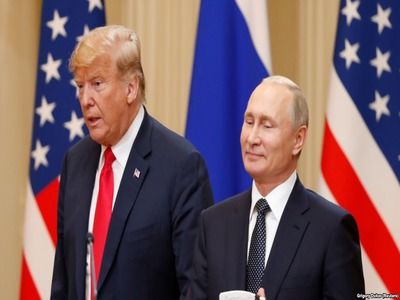 WorldInterstate relationsEvents
OREANDA-NEWS. US President Donald Trump said he didn't want to call Russia an enemy. Speaking on Thursday, May 9, to journalists in Washington, he recalled that Germany should pay 2 percent of its GDP for defense expenditures within NATO, but in practice it pays 1 percent. But Germany is paying Russia billions of dollars a month for the pipeline, and the United States must defend it "from the so-called enemy".

The American leader threatened to impose Chinese goods with additional duties totaling 325 billion dollars. “We are starting to prepare the documents today,” Trump said. In addition, he said that he had received a “beautiful letter” from PRC Chairman Xi Jinping, and didn't rule out the possibility of a telephone conversation with him.

Trump said last Sunday, May 5, that he intends to increase duties on a number of Chinese goods from 10 to 25 percent from May 10, and didn't rule out the introduction of duties on other goods. On Thursday evening, May 9, talks of the Chinese delegation headed by Vice Premier of the PRC State Council Liu He are to be held in Washington. Regarding the question of the DPRK, Trump said that North Korea isn't yet ready to negotiate with the United States. He stressed that Washington was serious about the recent launch of missiles in the DPRK. “No one is happy about this, but we are carefully studying everything,” Trump said.