Four People Were Injured during Shooting in Los Angeles 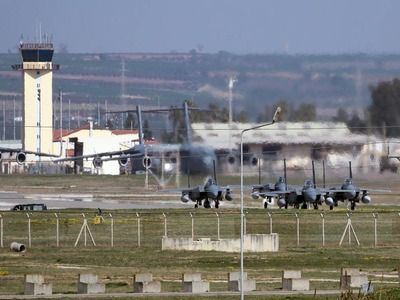 WorldInternational activitiesInterstate relationsMilitary security
OREANDA-NEWS. Turkey is ready to consider closing its Incirlik airbase for US troops if the United States imposes sanctions on Ankara’s acquisition of Russian S-400 anti-aircraft missile systems. This was announced on Wednesday by Turkish Foreign Minister Mevlut Cavusoglu on the air of the TV channel.

"Turkey may ask the United States to withdraw its military from the Incirlik air base", the Turkish newspaper quoted him as saying. According to Cavusoglu, Ankara can also “change the status for the Kurejik base”, on which elements of the European missile defense system are deployed. The head of the Turkish Foreign Ministry recalled that the S-400 air defense systems "are defensive systems" and they won't be used to attack anyone.

This is not the first time in Turkey that there has been talk of a possible closure of the Incirlik airbase for the US military. Usually, such rhetoric of Ankara arises in the light of threats from across the ocean, but it has never before reached any concrete steps in this direction.