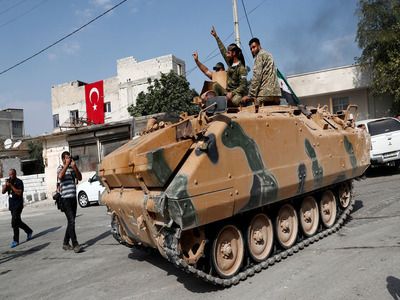 "We responded to the Syrian army by shelling our military in Idlib properly and will continue to do the same. The transfer of military assistance to Syrian Idlib is intended to strengthen our observation posts", he stressed.

The rapid advance of the Syrian army on this sector of the front has caused dissatisfaction with Turkey, which is supporting militants opposing government forces. According to Al Arabiya television channel, 195 units of Turkish military equipment, including armored vehicles and tanks, as well as ammunition trucks, crossed the border with Syria on Sunday. On Monday, another military convoy proceeded to Idlib province.

Earlier it was reported that the Russian Center for the Reconciliation of the warring parties in Syria said that Turkish soldiers fell under the shelling of government forces on Monday night, as the Turkish side did not warn Russia about their movements.
Source: OREANDA-NEWS
Материалы по теме: