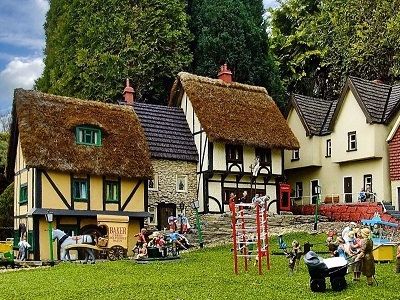 UK Authorities Plan to Introduce a New Tax for Foreigners

OREANDA-NEWS The UK authorities intend to introduce a new tax for foreign buyers of real estate. British Prime Minister Theresa May said that the proceeds will go to solve the problem of the homeless.

An additional fee will be introduced for foreigners who purchase real estate in the country. This British Prime Minister Theresa May said it in an interview with the BBC on Sunday.

According to this information, the purpose of this measure is to protect British buyers. "We are concerned about the negative impact that foreign buyers have on the residential real estate market and on people who live here and try to get into this market," she said.

"I want to ensure that people who live in the UK will have the opportunity to own a home," May said. She noted that the proceeds will be used to solve the problem of the homeless.

This initiative, according to May, will stop the rise in housing prices in the UK. Foreign buyers will face a higher rate of stamp duty (this duty is charged by the British authorities to individuals and legal entities in the acquisition of real estate, land, as well as the purchase of shares, bonds and other investment instruments in the UK).

According to the Sunday Telegraph, on Sunday at the Congress of the ruling Conservative party in Birmingham, May will announce the introduction of an additional fee of up to 3% of the value of real estate for foreigners purchasing housing in the country, both individuals and legal entities.

The publication notes that this measure is partly a response to the plans announced this week by the labour party. The main opposition force in the UK called for raising taxes for those Britons who buy a second home. The idea was to help those people of Great Britain who do not own real estate, in the purchase of an apartment or home.

The Prime Minister did not specify in what time frame this idea would be implemented, however, noting that it was "long-term work".