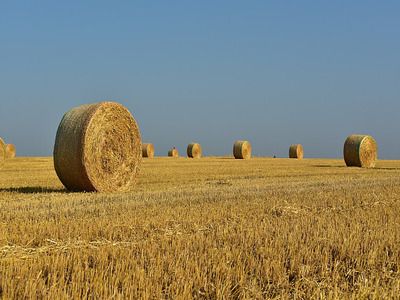 Ukraine Said That after Opening of Land Market, Its Price Won't Exceed $ 1.5 Thousand per Ha

WorldTerritorial administrationState managementInternational activities
OREANDA-NEWS. After amending the bill on the sale of agricultural land, the price of one hectare for Ukrainians will not exceed $ 1.5 thousand. This was stated by Deputy Minister of Economy Taras Vysotsky. "Our calculations show that if you leave everything as it is, then the price will be on average $ 2.2 thousand per hectare", he said in an interview with Radio Novoye Vremya.

"If you do not allow the sale of land to foreigners, then a hectare will cost $ 1.5 thousand. Here is the price of restrictions - what is called" only Ukrainians are buying", the deputy minister said. The Verkhovna Rada on Wednesday began to consider a number of bills on the sale of land. Four opposition parliamentary factions oppose the proposed land reform, which also caused dissatisfaction with farmers. Now they are gathered for a protest rally at the Rada building.

The updated draft law proposed by the government prohibits foreigners from buying land until 2024, with an exception being made for foreign companies registered in Ukraine, which are already renting land and operating on the Ukrainian market. They can buy land from October 1, 2020 on equal terms with Ukrainian companies. The other day, President of Ukraine Vladimir Zelensky assured that the question of the right to buy land by foreigners will be adopted on the basis of an all-Ukrainian referendum.