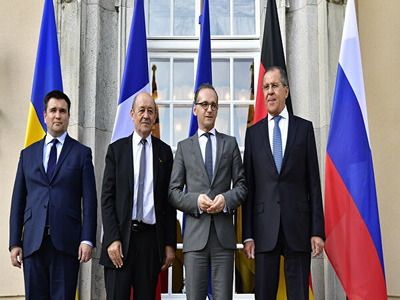 WorldMilitary securityTerritorial administrationInterstate relations
OREANDA-NEWS.Ukrainian Foreign Minister Vadim Pristayko said that some of the provisions of the Minsk agreements to resolve the conflict in the Donbass need to be changed, since they can't be implemented, so Kiev is working on a new version of the document.

“Now is 2020. We still have not reached peace in the Donbass. Therefore, we believe that this document is not just possible, but necessary to change, because some of its points are impossible to implement. The Minsk agreements have exhausted themselves and require changes”, he said in an interview Voice of America radio stations, adding that the agreements were to be implemented back in 2015.

Kiev is also working to “make all participants agree that the Minsk agreements have exhausted themselves and require change”, added the Ukrainian Foreign Minister, who believes that over time a new document will be created that will be easier to implement and achieve results.

The peaceful settlement of the conflict in the Donbass is based on the Minsk agreements, which imply not only a ceasefire, withdrawal of arms, amnesty, the resumption of economic ties, but also a deep constitutional reform in Ukraine, which should result in decentralization of power, taking into account the special status of certain areas of Donetsk and Lugansk regions.