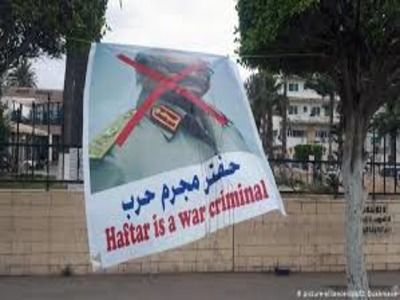 WorldMilitary securityDiplomatic organizationsInterstate relations
OREANDA-NEWS. The planes of the United Nations Support Mission in Libya (UNSMIL) for several weeks do not receive permission from the Libyan National Army (LNA) to make landings in Libya.

"The UN mission in Libya regrets that its regular flights, delivering mission personnel to and from Libya, do not receive permission from LNA to land in Libya. This situation has been repeated several times in recent weeks", the statement said. mission post site. The organization is concerned that problems with air travel will seriously complicate the provision of humanitarian assistance to civilians affected by the Libyan conflict.

For more than a year, two executive bodies have existed in parallel in Libya: the internationally recognized Government of National Accord (PMN), Prime Minister Faiz Sarraj in Tripoli, and the provisional cabinet of Abdullah Abdurrahman at-Thani, acting in the east of the country together with the parliament and supported by the LNA led by Field Marshal Khalifa Haftar.

On January 19, a conference on Libya was held in Berlin at the level of heads of state and government, including the Russian Federation. In the final document, its participants called for a ceasefire, pledged to refrain from interfering in Libyan affairs, proposed creating a single government and launching reforms to restore statehood, destroyed by the NATO intervention nine years ago.
Source: OREANDA-NEWS
Материалы по теме: