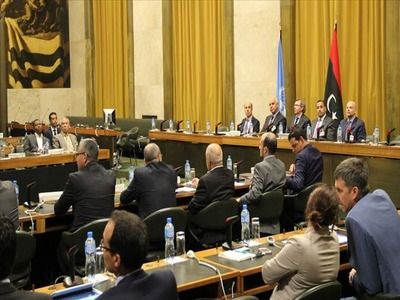 WorldDiplomatic organizationsInternational activitiesEvents
OREANDA-NEWS. Special Representative of the UN Secretary General Hasan Salame received a notification from the Government of Libya’s National Accord on the suspension of participation in the military committee in Geneva in connection with the shelling of the port of Tripoli by the Libyan National Army (LNA).

This was announced on Wednesday by the Russian media official representative of the emissary and UN Mission in support of Libya, Jean Alam. "We were officially notified of his decision to suspend participation in the Geneva talks as a result of the regrettable attack on the seaport of Tripoli", he said.

On Tuesday, Switzerland launched the second round of Libyan Joint Military Committee (“5+5”) meetings aimed at achieving a long-term ceasefire. The first round of negotiations on military issues was held in Geneva on February 3-8. The Libyan Military Committee includes five representatives from each of the parties to the conflict. The consultant is Salame.

Negotiations in the framework of the Libyan settlement cover, in addition to the military, economic and political directions. A meeting on economic issues was held on February 9-10 in Cairo, and political consultations were announced in Geneva on February 26.
Source: OREANDA-NEWS
Материалы по теме: