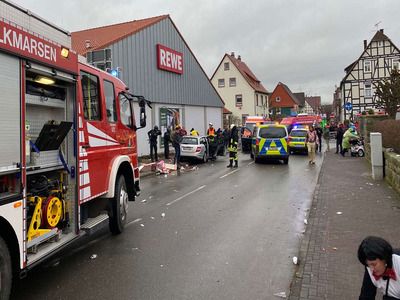 Unknown entered the crowd at a carnival procession In Germany

WorldIncidentsPublic order and securityCar and truck transport
OREANDA-NEWS. In the city of Volkmarzen in the north of the federal state of Hesse in Germany, an unknown man ran into a crowd participating in a carnival procession. This was reported by the German media with reference to the police.

According to Hessische Niedersächsische Allgemeine, it's not known whether a person entered the crowd intentionally yet. Eyewitnesses told the newspaper that the car was moving at high speed. The mayor of Volkmarzen Hartmut Linnekugel arrived at the scene. The head of the fire service of the city of Kai Vibush, as well as firefighters, participated in the carnival procession.
Source: OREANDA-NEWS
Материалы по теме: