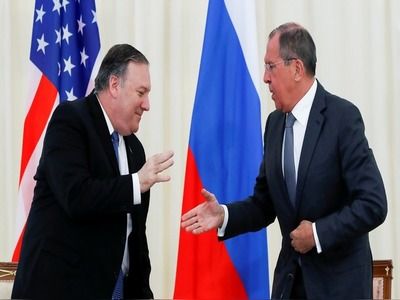 US Ambassador Expects Resumption of Arms Control Discussion with Russia

WorldInterstate relationsMilitary securityMinistries and departments
OREANDA-NEWS. The US ambassador to Russia expects discussions on arms control between Moscow and Washington to resume soon. John Sullivan also said that Washington is currently deciding on future participation in the Open Skies Treaty.

"The US believes that Russia continues to violate the terms of the agreement", he said. "In light of the violations of the agreement that we have publicly pointed out, we are now considering the benefits and costs of our participation in it". The United States is still considering extending the Treaty on Measures to Further Reduce and Limit Strategic Offensive Arms (START, unofficially - START-3), Sullivan said.

"We continue to consider the possibility of extending the START Treaty, given that the threats we face today are different from those of a decade ago", he said.
Source: OREANDA-NEWS
Другие новости: