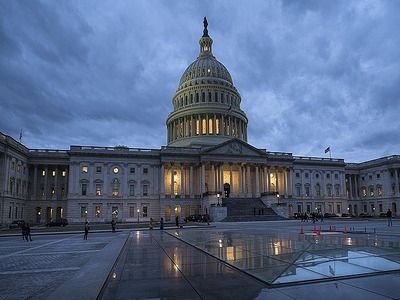 US Approved an Amendment Providing for New Sanctions Against Russia

WorldInterstate relationsState financeMinistries and departments
OREANDA-NEWS. The House of Representatives approved on Thursday an amendment to the draft defense budget for the 2020 fiscal year, providing for the introduction of restrictive measures on Russian sovereign debt due to Russia's attribution to the American electoral process. The meeting was broadcasted by the American TV channel.

The amendment was proposed by California Democrats Brad Sherman and Maxine Waters. "This amendment implies real, serious sanctions against the Russian state and provides that no US citizen will be able to make new deals with Russian sovereign debt. It also provides a mechanism for lifting these sanctions if the administration of the USA concludes that Russia can't to intervene in the American elections at least during one election cycle, and if Congress agrees with this conclusion", Sherman said. “We need a serious mechanism to punish Russia for what it did with our previous elections, and to keep it from interfering in future elections”, he argued.

At the end of June, the Senate of Congress approved the draft US military budget for $ 750 billion. The House of Representatives is considering its own version of this draft. In case of adoption of this initiative by congressmen in the coming days, the legislators of both chambers will need to agree on the details of both projects. Documents contain significant differences.

US intelligence agencies accuse Russia of interfering in the US electoral process in 2016. Investigation of these alleged attempts at influence was carried out for almost two years by Special Prosecutor Robert Muller, who eventually admitted that there was no collusion between Moscow and US President Donald Trump. Trump repeatedly denounced suspicions of any illegal contacts with Russian officials during the election campaign. Moscow also repeatedly rejected conclusions about attempts to influence the course of elections in the United States.