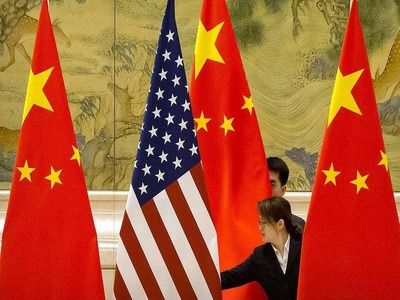 US Considers Currency Agreement with China

WorldCurrency marketInterstate relationsState finance
OREANDA-NEWS. The administration of US President Donald Trump is considering the possibility of concluding a currency agreement with China as part of a partial trade transaction. This was announced on Thursday by the American News Agency, citing sources.

It's noted that the terms of the agreement were agreed earlier this year, but then the negotiations were interrupted. The White House expects that after the conclusion of such an agreement, the United States and China will be able to continue negotiations on such key issues as intellectual property and forced technology transfer.

The 13th round of trade negotiations between the US and China will begin in Washington on October 10. According to the White House, the parties will discuss the issues of "forced transfer of technology, intellectual property rights, services, non-tariff restrictions, and agriculture". For several months, China and the United States have been negotiating intensively with the aim of eliminating trade contradictions, the last, 12th, the round of which took place in Shanghai on July 30-31.