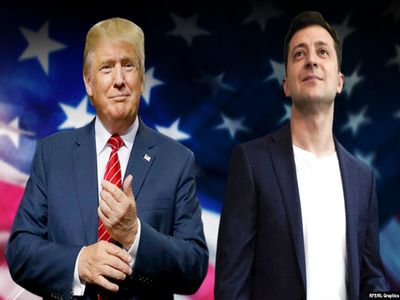 US Is Considering Meeting Trump with Zelensky in Coming Weeks

WorldInterstate relationsInternational activitiesMilitary security
OREANDA-NEWS. A short meeting between the presidents of the United States and Ukraine, Donald Trump and Vladimir Zelensky, is possible in the coming weeks, and a full visit of the Ukrainian leader to the United States will take place in a month or two. This was stated by US Chargé d'Affaires in Ukraine William Taylor.

"In the coming weeks there will be an opportunity for this in Warsaw and New York: then both presidents will be in the same city," he said in an interview with European Truth. In these cities, according to the ambassador, "there will be a short meeting during which the presidents will be able to exchange greetings and possibly share one or two ideas". “But a real, full-fledged meeting will take place after this”, Taylor continued. “I hope that she will be in Washington in a month or two - this is where the presidents will have real, meaningful communication”.

The ambassador also emphasized that for the meeting of the presidents "there are no obstacles except the issue of the schedule". Regarding the expectations from the meetings of the leaders of the two countries, Taylor said that he expects to strengthen relations between the states. "The presidents will talk, appreciate the support that the US provides to Ukraine, and confirm that this support will continue", he concluded. On August 9, Trump himself announced that Zelensky would soon be received at the White House.

In addition, the United States believes that Ukraine may qualify for NATO membership, and Washington will support this course. About this in an interview published on Thursday, "European Truth" said US Chargé d'Affaires in Ukraine William Taylor. He also assured that "while Ukraine is preparing for this step", the United States seeks to help it change, reform and strengthen the Armed Forces.