India and the United States Agree to Begin Negotiations on a Bilateral Trade Agreement
World, 25.02.2020, 12:42 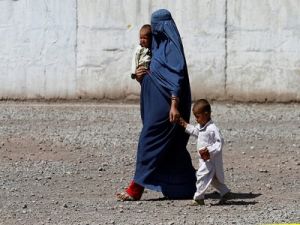 OREANDA-NEWS. US Presidential Administration Donald Trump will allocate an additional $ 125 million for humanitarian assistance to Afghanistan. This is stated in a statement released on Tuesday by the American embassy in Kabul.

These funds will be directed to "the provision of food, drinking water, emergency medical care and preparation for natural disasters". The total amount of US humanitarian aid for the fiscal year 2019, which ends October 1, will be $ 190 million, the statement said. "The United States is calling on all countries to increase the amount of aid allocated to Afghanistan", the embassy emphasized, indicating that "additional support for the entire international community is necessary to meet the needs of vulnerable groups".

The White House made the decision to increase humanitarian aid amid the ongoing confrontation between the government of Afghanistan, which is supported by the US military and some of its allies, and the radical Taliban movement (banned in the Russian Federation). The Trump administration sets the condition for the withdrawal of its troops by the Taliban ceasefire and severance of relations with the al-Qaida terrorist network (banned in the Russian Federation). Washington also requires the Taliban to sit down at the negotiating table with the Afghan government.

On August 1, Mohammad Sohail Shahin, spokesman for the Taliban’s office in Doha, said the movement hoped to conclude an agreement with the United States that would put an end to the war that began in October 2001. The US special envoy for Afghanistan, Zalmay Khalilzad, for his part, noted that the agreement between Washington and the Taliban should primarily be aimed at achieving peace, and not at the withdrawal of American troops.