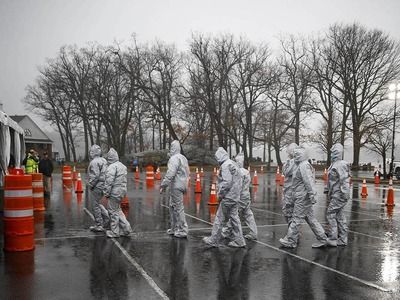 WorldPublic healthIncidentsState services to society
OREANDA-NEWS.The United States was ahead of other countries in the number of recorded cases of infection with a new coronavirus. Such estimates were released on Thursday by Johns Hopkins University and The New York Times.

According to the university, which makes calculations based on data from federal and local authorities, 82,404 infections were detected in the United States, 1,178 people died. In second place is China, where 81,782 cases and 3,291 deaths were recorded, and Italy was in third place (80,589 cases of infection, 8,251 deaths). According to university data, the most infections in the United States were recorded in the states of New York (37 802), New Jersey (6876), and California (3802).

The New York Times noted that the situation in the United States was aggravated by a "series of mistakes and missed opportunities" regarding measures to combat the spread of the virus in the country. Scientists have warned that the US will at some point become the country most affected by the pandemic, the newspaper recalls, noting that "this moment came on Thursday".