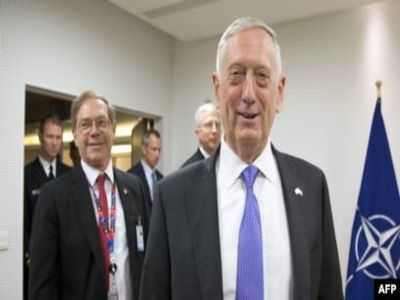 US Will Continue to Closely Cooperate with Ukraine in Military Sphere

WorldMinistries and departmentsMilitary securityInternational activities
OREANDA-NEWS. US authorities are interested in deepening military cooperation with Ukraine. This was announced on Thursday by the head of the Pentagon, Mark Esper, after a meeting with Ukrainian Defense Minister Andrei Zagorodniuk in Brussels.

“I met with Defense Minister Andrii Zagorodniuk this morning to discuss the possibilities of further supporting Ukraine and strengthening our strong military partnership. The United States supports the sovereignty, independence and territorial integrity of Ukraine”, said Esper on his Twitter. The ministers held a meeting on the sidelines of a meeting of the heads of defense departments of NATO member countries, which takes place in the Belgian capital from February 12 to 13, where Zagorodniuk was also invited.

Earlier, U.S. Permanent Representative to NATO Kay Bailey Hutchison emphasized that the United States will support Ukraine’s admission to NATO’s Enhanced Opportunity program, but in response, they expect Kiev to intensify the fight against corruption and proactive military reforms.

This program was approved in September 2014 at a summit in Wales; it is aimed at developing the closest ties with the main partners of the alliance. Currently it includes Sweden, Finland, Georgia, Jordan, Australia.
Source: OREANDA-NEWS
Материалы по теме: