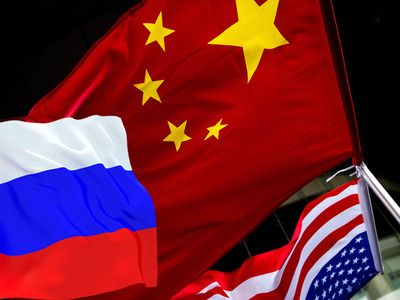 US Works to Attract China to Disarmament Talks with Russia

WorldDiplomatic organizationsMilitary securityInterstate relations
OREANDA-NEWS. The United States is endeavoring to engage China in upcoming arms control negotiations with Russia. This was stated by US Permanent Representative to NATO Kay Bailey Hutchison, speaking on Thursday at the conservative Heritage Foundation in Washington.

US Assistant Secretary of State for National Security Robert O'Brien said Wednesday that Washington will soon begin negotiations with Moscow on arms control and nuclear issues. Russian presidential spokesman Dmitry Peskov, in turn, told reporters on Thursday that the Russian Federation welcomes the dialogue with the US on arms control, but stressed that there are no specific parameters for negotiations on this issue.

START was signed by Moscow and Washington in 2010. According to its terms, each side reduces its strategic offensive arms in such a way that, seven years after its entry into force and subsequently, their total quantities do not exceed 700 units for deployed intercontinental ballistic missiles (ICBMs), submarine ballistic missiles (SLBMs) ​​and heavy bombers, 1550 units for their warheads, 800 units for deployed and non-deployed launchers of ICBMs, SLBMs and TBs.

The contract shall remain in force for 10 years (until February 5, 2021), unless replaced by a subsequent agreement. It can also be extended for no more than five years (that is, until 2026) by mutual agreement of the parties.