Weapons intended for mercenaries in the Donbass confiscated in Italy 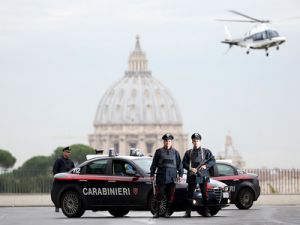 OREANDA-NEWS In the north of Italy, an arsenal of weapons was confiscated from far-right organizations. TASS reports this.

An air-to-air missile was also found among military weapons.

It is noted that in the framework of the case three people were arrested, among them the former candidate to the Senate from the New Force party.

According to the investigation, the participants of the organizations have links with Italian mercenaries who fought in the south-east of Ukraine.

Earlier it was reported that the President of Ukraine Vladimir Zelensky ordered to respond strongly to provocations in the Donbass.