In Beirut, 16 Port Employees Were Arrested In Case Of Explosion 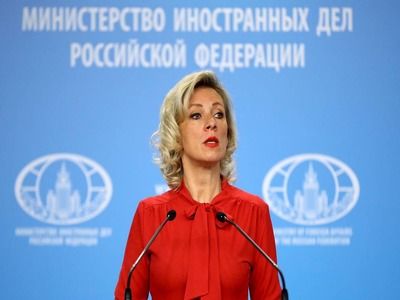 Zakharova: US Statements about Plans to Break through Kaliningrad Air Defense Are a Threat

WorldMilitary securityTerritorial administrationInterstate relations
OREANDA-NEWS. Russia qualifies US statements about the possibility of a breakthrough of Kaliningrad's air defense (Air Defense) as irresponsible threats. This was stated at a briefing on Friday by Russian Foreign Ministry spokeswoman Maria Zakharova.

“Firstly, we qualify this as a threat. Secondly, we qualify such statements as completely irresponsible. Thirdly, we see how easy it's for the political elite, in particular in the United States, to deal with such serious and very complex issues, as world security and stability", she said". I will repeat once again: it does this absolutely irresponsibly, proceeding from the political and market considerations of its own process, including, as we understand, and possibly electoral".

Earlier, the Governor of the Kaliningrad Region, Anton Alikhanov, didn't advise the United States to take risks and attack the region, since the technical condition and morale of the troops located there make it possible to repulse any enemy. "I would just like to wish all American generals to read some historical books about all the" planners "who made plans for the Russian state, and what did this end for the creators of such plans".