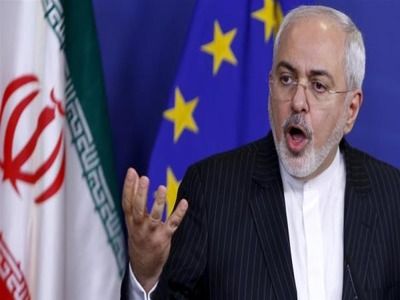 Zarif Advised Europe to Act Independently, and not Succumb to US Threats

WorldMilitary securityTerritorial administrationInterstate relations
OREANDA-NEWS. Iranian Foreign Minister Mohammad Javad Zarif called on European authorities to demonstrate their sovereignty instead of responding to US economic threats. He wrote about this on Wednesday on his Twitter page.

"After selling its honesty and losing any legal basis, the United States threatens with new tariffs", he said. "It would be better if the EU begins to exercise its sovereignty". According to Zarif, when the Eurotroika (Germany, France, Great Britain) last week “sold the remains of a nuclear deal” to avoid sanctions from US President Donald Trump, the Iranian foreign minister warned that this would only “warm up the appetite” of the head of the US administration.

On January 21, the US president announced serious intentions to introduce duties on importing cars from the European Union if the parties fail to conclude a trade agreement on conditions that suit Washington.

On January 15, an American newspaper wrote, citing sources, that Trump had threatened Paris, London and Berlin to impose duties of 25% on European cars, unless they accused Iran of violating the Joint Comprehensive Action Plan. According to her, a warning was made a week before these countries launched a dispute resolution mechanism for a nuclear deal on January 14. One of the newspaper’s sources called this move by the United States "extortion".
Source: OREANDA-NEWS
Подписывайтесь на наши группы: Instagram | VK | Facebook | Twitter
Материалы по теме: