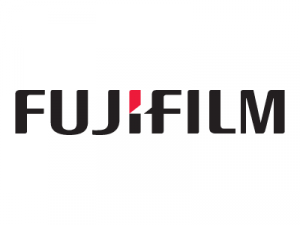 OREANDA-NEWS. FUJIFILM Corporation (President: Kenji Sukeno) signed an agreement on December 19th for the investment of 470 million yen in EdiGene Corporation, a drug discovery startup, participating its series A round. As a result, Fujifilm will acquire 11.7% of EdiGene's total shares. Along with this equity investment, the companies have signed a joint research agreement aimed at discovering gene therapy drugs*.

Genome editing technology uses a living organism's biological mechanism for cutting and adding, or deleting a gene. CRISPR-Cas9***, in particular, that has been discovered and established in recent years enables gene editing to be done far more efficiently, conveniently, and reliably than other technologies, and thus expected to be applied in a broad range of fields. In the pharmaceutical field, research and development are currently underway to use CRISPR-Cas9 with gene therapy drugs that directly approach and treat abnormal genes that cause hereditary diseases, many of which have not been possible to completely cure with conventional drugs.

EdiGene is a drug discovery startup originated from University of Tokyo, which is engaged in R&D on genome editing technology that has further improved CRISPR-Cas9, and in constructing next-generation drug discovery systems. The company has already established a proprietary technology to miniaturize Cas9 (an enzyme that is an important component of CRISPR-Cas9), which cuts a gene. It has been using this technology to carry out innovative activities in the genome editing field, such as discovering gene therapy drugs and advancing R&D therefor.
Fujifilm applies technologies such as advanced nano-dispersion technology, analysis technology, and process technology nurtured through photographic film business in research and development on liposomal formulations*4 that efficiently deliver active ingredients to an affected area. The anticancer agent FF-10832, in particular, whose clinical study is planned to begin next year, is a liposomal formulation that encapsulates marketed drugs*5 inside a uniform-sized liposome, enhancing the stability of the drug in the blood, promoting its accumulation at an affected area, and facilitating its release in the affected area. Experiments using mice confirm that FF-10832 has significantly superior medical efficacy, compared to marketed drugs not formulated with liposome, when administered at a lower dosage (one-sixtieth the dose).

In the joint research with EdiGene, Fujifilm aims to apply its accumulated liposomal formulation technologies to ribonucleic acid (RNA), which is used in genome editing, and create gene therapy drugs. Specifically, the company will optimize a liposome for the RNA designed and developed by EdiGene. It will then encapsulate, inside a liposome, RNA that is prone to be broken down in the blood, so as to enhance its stability in the blood. The company will also continue to step up R&D on gene therapy drugs, including confirming delivery to targeted cells and obtaining manifestation of functions in the cells.