Ukrainian Foreign Ministry Said That Kiev Is Working on a New Version of Minsk Agreements
World, 21.02.2020, 09:29

German Court Allows Tesla to Continue Preparations for Construction of a Plant near Berlin
Transport, 21.02.2020, 09:03 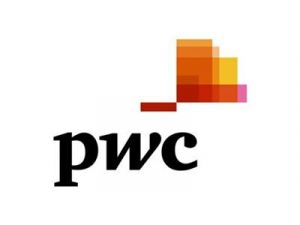 OREANDA-NEWS. Following a sluggish first half of 2016, global technology IPOs picked up steam in the third quarter, according to PwC’s Global Technology IPO Review.

During the quarter, there were 20 tech IPOs globally, compared with 14 IPOs in the previous three months.[1] Proceeds increased 264% in the third quarter reaching US$5.38 billion. The results also represent a significant change from a year earlier, when there were just 11 IPOs in the 2015 third quarter. On a year over year basis, total proceeds rose 31%, but average proceeds declined.

Investors remained on the sidelines in the UK, with no tech IPOs for the past three quarters. This can largely be attributed to both pre- and post-Brexit uncertainties.

"The rebound we experienced in the third-quarter technology IPO market may hint at a good run for the next few months," said Raman Chitkara, PwC’s Global Technology Industry Leader. "That said, IPO proceeds were comparatively low, driven by a larger number of low-value listings. In addition, the absence of large IPOs from major markets like the US could signal that the technology IPO market, while ‘open for business,’ may not be at its best."

China led the way with nine tech IPOs in the third quarter, but this tally does not yet suggest a strong revival of the Chinese capital market.

Europe had three third-quarter IPOs, including the largest tech IPO of the quarter. Japan and India each had one, with Japan’s being the second-largest IPO of the quarter; messaging app LINE raised US$1.1 billion in the year’s largest NYSE tech IPO.

Services companies continue to lead in number and proceeds

The trend we continue to see with these two subsectors can be attributed to their comparatively lower cost models as well as strong top-line or user growth. Internet-based businesses are consistently a top pick for an IPO due to their quick scalability, although concerns about the ability of these companies to post net income weigh on investors’ minds.

IT Consulting & Services led technology subsectors in total third-quarter proceeds with US$2.5 billion, followed by Internet Software & Services with US$1.7 billion.

Whether the technology IPO momentum continues in the fourth quarter will be influenced by US Federal Reserve policy and the US presidential elections.

"Late-stage funding has cooled in the US, which means more companies are expected to take the IPO route to raise funds," said Chitkara. "But the fourth quarter IPO market will be influenced by how investors generally view the US election outcome."

Looking ahead at 2017, there remains a strong pipeline of technology companies that would potentially go public, but post US election performance of the capital markets will certainly impact the timing of these IPOs.

For more information, please visit http://www.pwc.com/globaltechipo, where you can download reports and explore global technology IPO trends and subsector distribution and activity.

At PwC, our purpose is to build trust in society and solve important problems. We’re a network of firms in 157 countries with more than 223,000 people who are committed to delivering quality in assurance, advisory and tax services.