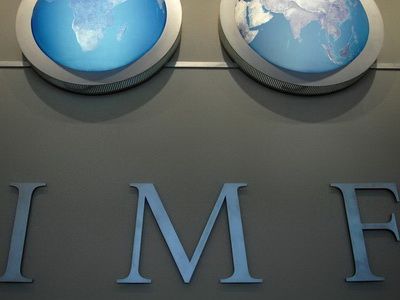 Finances
OREANDA-NEWS. On January 27, 2017, the Executive Board of the International Monetary Fund (IMF) concluded the Article IV consultation [1] with Spain.

The economy has continued its recovery and imbalances are falling. Real GDP expanded by 3.2 percent in 2015 with the same growth rate expected for 2016, despite a prolonged period of domestic political uncertainty. Almost 1.1 million jobs were created over the past two years. The rebound in private consumption, exports, and investment, aided by past reforms, has remained the main driver of growth. The European Central Bank’s accommodative monetary policy, low oil prices, as well as fiscal relaxation have also provided support. The current account is projected to record its fourth consecutive annual surplus. Private sector balance sheets have further strengthened, while public debt remains high at about 100 percent of GDP remains high. Real GDP growth is projected to moderate to 2.3 percent in 2017.

Earlier reforms and confidence-enhancing measures have laid the ground for this rebound. In particular, wage moderation and greater labor market flexibility have helped the economy regain competitiveness and have contributed to strong job creation. Together with banking sector reforms they have made the Spanish economy more resilient.

Nevertheless, unemployment remains very high at around 19 percent, with about half of the unemployed having been jobless for more than a year. Labor market duality is still widespread, and productivity growth is relatively weak. At the same time, high public debt, pockets of over-indebtedness in the private sector, and the still large negative net international investment position leave the economy vulnerable to shocks.

Directors emphasized the need to preserve the past reform efforts and economic performance by sustaining the policy momentum and advancing structural reforms. They agreed that immediate attention should focus on priority areas where there is broad political support. These include implementing more effective active labor market policies to lower long-term and youth unemployment, reforming regional public finances to safeguard overall public finances, and strengthening innovation and education policies to lift productivity.

In light of the elevated public debt and structural fiscal loosening in the past two years, Directors called for a resumption of gradual but credible fiscal consolidation to put debt firmly on a downward path. A growth- and job-friendly adjustment would need to rely more on indirect taxes, while shielding vulnerable groups. Directors commended the authorities for the revenue-enhancing measures adopted for 2017. They highlighted that advancing expenditure rationalization could also contribute to fiscal adjustment but should not come at the expense of targeted incentives for employment creation and productivity growth. Directors underscored the need to reform the regional fiscal framework with a view to improving regions’ incentives and capacities to comply with their fiscal targets.

Directors encouraged the authorities to take steps to enhance medium-term growth prospects, particularly by strengthening conditions for small and medium-sized enterprises to grow and raise productivity. They called for faster implementation of the Market Unity Law, advancement of the liberalization of professional services, enhancing R&D investment, improving access to non-bank financing for frontier innovation, and revisiting size-contingent regulations.