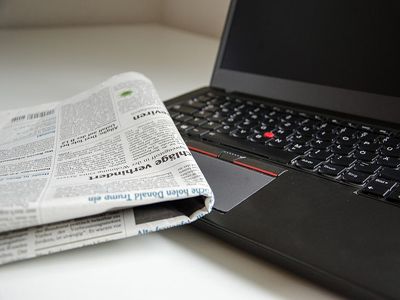 Finances
OREANDA-NEWS. January 16, 2017. Moody’s Corporation (NYSE:MCO) announced today that it has reached an agreement with the U.S. Department of Justice (DOJ) and the attorneys general of 21 U.S. states and the District of Columbia to resolve pending and potential civil claims related to credit ratings that Moody’s Investors Service assigned to certain structured finance instruments in the financial crisis era. The agreement also relates to certain statements made in connection with Moody’s structured finance rating methodologies and procedures during the same period.

After careful consideration, Moody’s determined that the agreement, which removes significant legacy legal risk and avoids costs and uncertainty associated with continued investigations and litigations, is in the best interest of the company and its shareholders. Moody’s stands behind the integrity of its ratings, methodologies and processes, and the settlement contains no finding of any violation of law, nor any admission of liability.

Under the terms of the agreement, Moody’s will pay a \\$437.5 million civil penalty to the DOJ to resolve potential civil claims asserted under the Financial Institutions Reform, Recovery and Enforcement Act (FIRREA). The company has also agreed to pay \\$426.3 million, to be divided among the participating states and the District of Columbia, to resolve pending and potential state civil claims. The financial impact to the Company will be recorded in the fourth quarter of 2016. The estimated impact is an approximate \\$702 million after-tax charge or approximately \\$3.62 per share.

The agreement acknowledges the considerable measures Moody’s has put in place to strengthen and promote the integrity, independence and quality of its credit ratings. As part of the resolution, Moody’s has agreed to maintain, for the next five years, a number of existing compliance measures and to implement and maintain certain additional measures over the same period. This agreement is final and is not conditioned on court approval.

Moody's is an essential component of the global capital markets, providing credit ratings, research, tools and analysis that contribute to transparent and integrated financial markets. Moody’s Corporation (NYSE: MCO) is the parent company of Moody's Investors Service, which provides credit ratings and research covering debt instruments and securities, and Moody's Analytics, which offers leading-edge software, advisory services and research for credit and economic analysis and financial risk management. The corporation, which reported revenue of \\$3.5 billion in 2015, employs approximately 10,900 people worldwide and maintains a presence in 36 countries. Further information is available at www.moodys.com.

Certain statements contained in this release are forward-looking statements and are based on future expectations, plans and prospects for Moody’s business and operations that involve a number of risks and uncertainties. The forward-looking statements in this release are made as of the date hereof, and the Company disclaims any duty to supplement, update or revise such statements on a going-forward basis, whether as a result of subsequent developments, changed expectations or otherwise. In connection with the “safe harbor” provisions of the Private Securities Litigation Reform Act of 1995, the Company is identifying certain factors that could cause actual results to differ, perhaps materially, from those indicated by these forward-looking statements. Those factors, risks and uncertainties include, but are not limited to, the current world-wide credit market disruptions and economic slowdown, which is affecting and could continue to affect the volume of debt and other securities issued in domestic and/or global capital markets; other matters that could affect the volume of debt and other securities issued in domestic and/or global capital markets, including regulation, credit quality concerns, changes in interest rates and other volatility in the financial markets such as that due to the U.K.’s referendum vote whereby the U.K. citizens voted to withdraw from the EU; the level of merger and acquisition activity in the U.S. and abroad; the uncertain effectiveness and possible collateral consequences of U.S. and foreign government initiatives to respond to the current world-wide credit market disruptions and economic slowdown; concerns in the marketplace affecting our credibility or otherwise affecting market perceptions of the integrity or utility of independent credit agency ratings; the introduction of competing products or technologies by other companies; pricing pressure from competitors and/or customers; the level of success of new product development and global expansion; the impact of regulation as an NRSRO, the potential for new U.S., state and local legislation and regulations, including provisions in the Financial Reform Act and regulations resulting from that Act; the potential for increased competition and regulation in the EU and other foreign jurisdictions; exposure to litigation related to our rating opinions, as well as any other litigation, government and regulatory proceedings, investigations and inquires to which the Company may be subject from time to time; provisions in the Financial Reform Act legislation modifying the pleading standards, and EU regulations modifying the liability standards, applicable to credit rating agencies in a manner adverse to credit rating agencies; provisions of EU regulations imposing additional procedural and substantive requirements on the pricing of services; the possible loss of key employees; failures or malfunctions of our operations and infrastructure; any vulnerabilities to cyber threats or other cybersecurity concerns; the outcome of any review by controlling tax authorities of the Company’s global tax planning initiatives; exposure to potential criminal sanctions or civil remedies if the Company fails to comply with foreign and U.S. laws and regulations that are applicable in the jurisdictions in which the Company operates, including sanctions laws, anti-corruption laws, and local laws prohibiting corrupt payments to government officials; the impact of mergers, acquisitions or other business combinations and the ability of the Company to successfully integrate acquired businesses; currency and foreign exchange volatility; the level of future cash flows; the levels of capital investments; and a decline in the demand for credit risk management tools by financial institutions. These factors, risks and uncertainties as well as other risks and uncertainties that could cause Moody’s actual results to differ materially from those contemplated, expressed, projected, anticipated or implied in the forward-looking statements are described in greater detail under “Risk Factors” in Part I, Item 1A of the Company’s annual report on Form 10-K for the year ended December 31, 2015, and in other filings made by the Company from time to time with the SEC or in materials incorporated herein or therein. Stockholders and investors are cautioned that the occurrence of any of these factors, risks and uncertainties may cause the Company’s actual results to differ materially from those contemplated, expressed, projected, anticipated or implied in the forward-looking statements, which could have a material and adverse effect on the Company’s business, results of operations and financial condition. New factors may emerge from time to time, and it is not possible for the Company to predict new factors, nor can the Company assess the potential effect of any new factors on it.