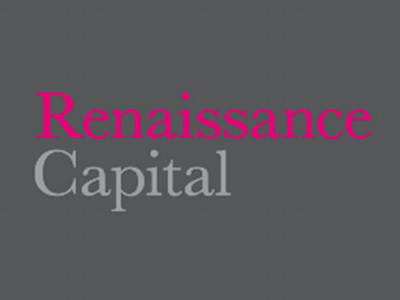 Ruslan Babaev and Anna Vyshlova have been appointed as co-Chief Executive Officers. In their new roles, Mr. Babaev and Mrs. Vyshlova will continue to drive the Firm's strategy as a leading emerging and frontier market investment bank. Anthony Simone will take the position of President and will continue to focus on the Firm’s international footprint.

In line with the continued reinforcement of its corporate governance, Renaissance Capital is expanding the Board of Directors to include Christophe Charlier, Ruslan Babaev, Anna Vyshlova, and James Friel, Global Head of Investment Banking.

Dmitry Razumov, CEO, ONEXIM Group, commented: "We are excited about the executive management changes at Renaissance Capital. We are confident that this team, bolstered by the Firm’s uniquely talented professionals, will lead Renaissance Capital to new heights. The combination of Christophe’s experience, Ruslan, Anna and Anthony’s knowledge and their joint track record provide a winning formula to drive the Firm’s business forward in a rapidly changing market and regulatory environment. ONEXIM remains fully committed to Renaissance Capital’s strategy to be a full-service investment bank across the emerging and frontier universe."

Christophe Charlier is an experienced finance professional, including most recently as Deputy CEO of ONEXIM Group. Mr. Charlier has served in executive positions and on the Boards of Directors of some of Russia's largest companies, including RusAl, Polyus Gold and Norilsk Nickel, and on the Boards of other companies internationally in the financial services, mining, and sports and entertainment industries. He served on the Board of Directors of Renaissance Capital from 2009 to 2014 and prior to that worked in the Firm’s Investment Banking department from 1997 to 1998.

Ruslan Babaev re-joined Renaissance Capital in 2012 from Otkritie Capital and most recently held the position of Chief Business Officer. In his new role, Mr. Babaev will be driving the business performance of the Firm, focusing on revenue generating initiatives by increasing sales efforts and widening the Firm’s product range, assessing new opportunities and facilitating Renaissance Capital’s entry into new markets.

Anna Vyshlova has been with Renaissance Capital since 1997 and since 2006 has been driving the Firm's support functions as Chief Operating Officer. As co-CEO Mrs. Vyshlova will focus on developing and strengthening the Firm’s infrastructure and management team, ensuring a seamless alliance between different businesses, regions and support groups to expand cross-firm collaboration and facilitate new client opportunities.

Anthony Simone has been with Renaissance Capital since 2008, and a board member since 2012, and in that time has held various leading positions, including Chief Financial Officer and Acting CEO. He will maintain his role as the CEO for the Firm’s London and New York entities and remain Chairman of the Firm’s Dubai entity. As President, he will focus specifically on Renaissance Capital’s international footprint and have responsibility for client engagement, regulatory, governance and other corporate matters.