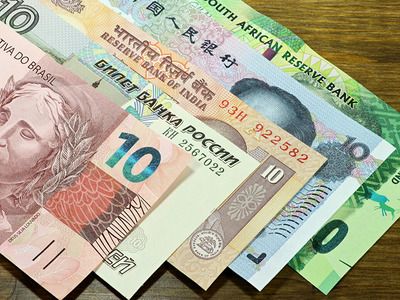 FinancesBanksBank loans and ratingsInternational activities
OREANDA-NEWS. The new development bank (NDB, BRICS bank) approved financing of four new projects in India, Russia and South Africa for a total of $ 1.4 billion. This was stated in a statement by the bank’s press service on Monday on the website of the financial institution following the results of September 12 21st meeting of the Board of Directors.

The Russian project provides for BRICS Bank to allocate $ 300 million to the Eurasian Development Bank (EDB) to finance subprojects that use energy production technologies from renewable sources such as wind, sun and water. "The goal of the project is to promote investments in renewable energy production, which will help create an energy balance in Russia in accordance with the country's energy strategy until 2030, as well as reduce carbon emissions", the bank said.

The government of South Africa will be granted a sovereign loan of $ 7 billion rand (about $ 480 million) for the implementation of the state program to improve road infrastructure. Another $ 323 million will be allocated to two projects in India aimed at improving road infrastructure in Andhra Pradesh. In particular, it provides funding for the expansion of 1.6 thousand km of state highways and 1.4 thousand km of ring roads in the region. In addition, a total of over 470 bridges on state and district roads will be reconstructed.

The new development bank was established by the BRICS countries (Brazil, Russia, India, China and South Africa). The main objective of the bank is to finance infrastructure projects and sustainable development projects in the BRICS countries and in developing countries. Since 2016, when the bank began its operations, 42 projects were approved for a total amount of about $ 11.6 billion. The development strategy approved by the bank for 2017-2021 indicates that the total amount of loans approved by the Board of Directors of the NDB by 2021 may be from 32 billion to $ 44 billion.