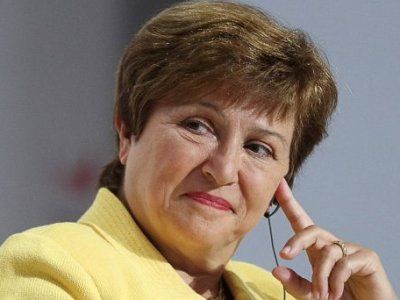 OREANDA-NEWS. The citizen of Bulgaria Kristalina Georgieva, the Chief Executive Officer of the World Bank, will head the International Monetary Fund (IMF) for the next 5 years. The previous Chairman Christine Lagarde resigned on July 16 to run for president of the European Central Bank.

Georgieva was elected by the IMF Executive Board which consists of 24 people. She will enter upon the responsibilities of the office on October 1. The press service of the IMF noted that from the foundation of the fund in 1944, Georgieva will become the first head of the organization from a country with a developing market economy.

Kristalina Georgieva was born in 1953 in Sofia, the capital of Bulgaria. In 1976 she graduated from the Karl Marx Institute of Economics (now it is named the University of National and World Economy). She defended her doctoral dissertation in the USA. Then the economist upgraded her professional skills in London (UK), Canberra (Australia) and Harvard (USA). Since 1993, Georgieva began working at the World Bank. From 2004 to 2007 she was the head of the department supervising Russia. Since January 2017, he has been the CEO of the World Bank.