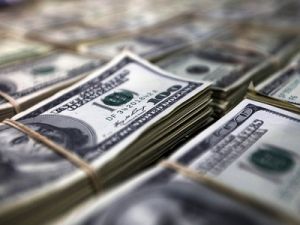 OREANDA-NEWS. The currency sector liquidity buffer of the banking sector as of July 1, 2019 reached $ 18.7 billion - this is comparable to the highs that were observed in previous years, the Central Bank draws attention to in the “Financial Market Risk Survey”.

Since 2016, foreign assets and liabilities in banks have been gradually reduced, the document says: in 2017-2018 - by 5.6% and 15%, respectively. And although foreign liabilities decreased faster, the discrepancy between them and foreign assets did not exceed $ 80 billion. However, in the first half of 2019, banks significantly increased the allocation of funds to non-residents in foreign currency, having reached the borders of standard seasonality, the Central Bank writes.

“Against the background of the growth of the liquid part of foreign assets in foreign currency, the banking sector's liquidity buffer increased, which as of July 1, 2019 reached $ 18.7. This level of the currency liquidity buffer is comparable with the maximum values ​​observed in previous years”, the Central Bank notes. Banks formed a “cushion of foreign currency liquidity, which can be used in the event of increased volatility in the financial markets".