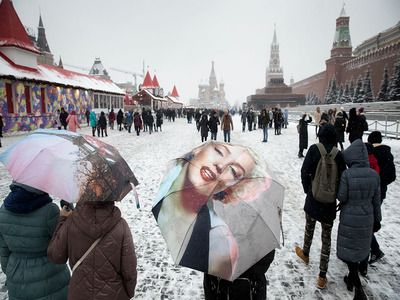 State financeFinancesBank loans and ratingsInternational activities
OREANDA-NEWS. Russia ranks 137 out of 180 in the ranking of the least corrupt states, which is annually compiled by Transparency International. Having scored, like last year, 28 points out of 100, the country climbed one line in the ranking. The 137th line in the ranking with Russia is shared by the Dominican Republic, Kenya, Liberia, Lebanon, Mauritania, Papua New Guinea, Paraguay and Uganda.

The so-called Transparency Index of Corruption Perception is compiled on the basis of surveys of experts and entrepreneurs who annually conduct various international organizations around the world. Among them are the World Bank, the American Freedom House and Global Insight, the German Bertelsmann Foundation, the British Economist Intelligence Unit, the Swiss International Institute for Business Development and others. These studies analyze certain aspects - investment risks, freedom of speech, standard of living, but one way or another address corruption issues.

The countries with the maximum 100 or even 90 points, the study did not reveal. The best results have traditionally been shown by New Zealand, Denmark (87 points), Finland (86), Switzerland, Singapore and Sweden (85). Also in the ten most “clean” corruption countries - Norway, the Netherlands, Luxembourg and Germany. Closing the rating is Somalia's Transparency (9 points), South Sudan (12) and Syria (13).
Source: OREANDA-NEWS
Материалы по теме:

The Kremlin Criticized Western Publications about the Difficult Situation with Food and Food Prices in RussiaOreanda.ru | 01.03.2021 13:42:50