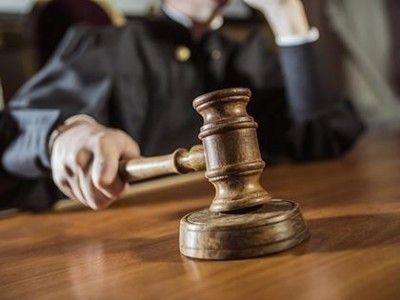 FinancesBanksInterstate relationsJustice
OREANDA-NEWS. Russia challenged in the French courts the decision of international arbitration on the recovery of $ 1 billion in favor of the Ukrainian Oschadbank. This was reported to the Russian media by the press service of the Ministry of Justice of Russia, responding to an agency request for a decision of international arbitration at the Permanent Court of Arbitration in The Hague and the Kiev Court of Appeal on the claim of Oschadbank in the Russian Federation.

"The arbitration decision on the claim of the company "The State Savvy Bank of Ukraine "is challenged in the courts of France. This trial continues", the Ministry of Justice of Russia reported. "In the process of challenging, the competence of arbitration for such claims is categorically refuted", the ministry noted. In addition, the Ukrainian side didn't notify the Russian Federation, in accordance with the procedure established by relevant international conventions, to consider the application for recognition and enforcement of this decision in Ukraine".

On July 23, it became known that the Kyiv Court of Appeal granted the Oschadbank’s request to recognize and grant him permission to implement the decision of the International Commercial Arbitration on damages in connection with the loss of assets in the Crimea. As noted in the determination of the Ukrainian court, he issued a writ of execution for recovery from the Russian Federation represented by the Ministry of Justice of the Russian Federation in favor of the Oschadbank for damages in the amount of more than $ 1.111 billion by decision of the International Commercial Arbitration Court of the Arbitration Tribunal of November 26, 2018 the territory of the Crimea.

The Oschadbank announced on November 26, 2018 that it won a victory in international arbitration against Russia on a claim for $ 1.3 billion. It was reported that the Ukrainian side would “actively pursue” the implementation of this decision in respect of Russia's assets "in the relevant jurisdictions around the world".