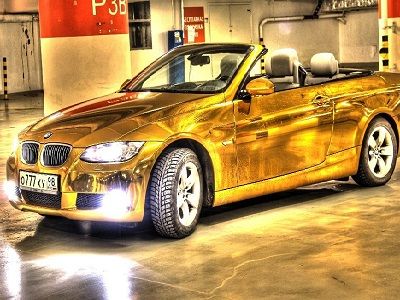 OREANDA-NEWS Finance Minister Anton Siluanov said that the Agency plans to increase taxes on luxury property in the future. "We cannot but agree that the difference in the level of income, of course, creates tension in society. We are often told, let's raise taxes from the rich, and over time we will do it: increase taxes on luxury property complexes, cars, yachts, apartments and so on," the Minister said.

At the same time, Mr. Siluanov rejected the introduction of a progressive scale of taxation instead of a single 13% for all citizens.

"We know that rich people are not stupid and will find ways to circumvent this decision, including can generally withdraw money from our country," he said. The flat 13% scale, according to him, "has already been established", and it would be "probably wrong"to change the legislation.

Currently, in Russia there is an increased transport tax for cars that are considered luxurious. For vehicles with a price of 3-5 million rubles the ratio is of 1.1-1.5; 5-10 mln rubles — the factor of 2; from 10-15 million rubles and 15 million rubles. more expensive — 3 ratio.

Later, the Ministry of Finance of Russia Anton Siluanov said that he would not revise the tax on "luxury property" .

"Therefore, we are now talking about the fact that now we need to tighten salaries and pensions," Siluanov added.

The discussion about increasing the tax burden for the rich is not the first year. Various options were considered: from a return to the progressive scale of personal income tax, to the introduction of excise duties on expensive goods. However, the Ministry of Finance traditionally opposes such measures, because, according to the Department, they are difficult to administer and lead to the creation of schemes for tax evasion.

The property tax of individuals already contains a differentiation of rates, which depends on how much is taxable real estate. At the same time, now the owners have a transition period of five years, during which the reduction factors are applied to the calculation of tax. Fully tax owners will pay only in 2020.