Russia's representative at Eurovision 2021 will be chosen by the audience 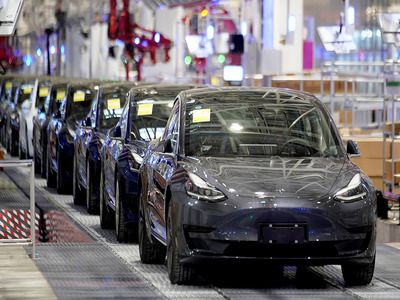 FinancesStock marketCars and equipment manufactureCar and truck transport
OREANDA-NEWS. Tesla's stock quotes rose 19.89% to $ 780 per share, according to trading data on the NASDAQ. As a result, the company's capitalization exceeded $ 140.5 billion, which was the highest indicator in its history.

During the bidding, the value of Tesla shares rose to $ 786.14, reaching an absolute maximum. By the close of trading, the price of securities fell slightly, but the growth of 19.89% was the highest in more than six years and the second largest in the history of the company. Tesla shares rose faster only on May 9, 2013, when their price rose immediately by 24.4%.

One of the main beneficiaries of the growth in the value of Tesla shares was the founder of the company, Ilon Musk, who owns about a fifth of the electric car manufacturer. According to experts at Bloomberg, his fortune for the day grew by $ 4.7 billion, which was the largest increase for participants in the Bloomberg Billionaires Index. As a result, the general condition of the Mask increased to $ 41 billion, which allowed him to rise to 22nd place in the Bloomberg rating, while on January 30, the businessman occupied only 27th place.
Source: OREANDA-NEWS
Материалы по теме: