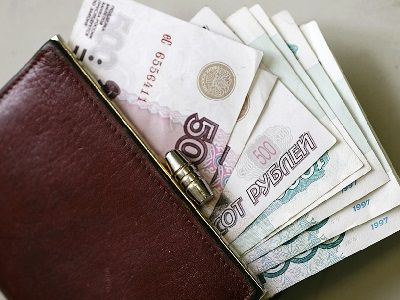 OREANDA-NEWS  The State Duma at a meeting on Tuesday unanimously adopted a law that increases the minimum wage from the beginning of 2019 to the subsistence level - 11 280 rubles. The initiative is included in the package of documents accompanying the draft Federal budget for 2019-2021.

In particular, since January 1, 2019, the minimum wage is set "in the amount of 11,280 rubles per month, which is 100% of the subsistence minimum of the working-age population in the whole of the Russian Federation for the second quarter of 2018," the accompanying materials say. The increase of the minimum wage in relation to the bar established from May 1, 2018 (11 163 rubles per month) will be 117 rubles. It is noted that this will ensure the growth of salaries of about 3.7 million workers.

The mechanism of the annual establishment of the minimum wage in the amount of 100% of the subsistence minimum for the second quarter of the previous year was introduced by the Federal law of December 28, 2017, starting from January 1, 2019, the minimum wage should be established annually by Federal law. Thus, the law adopted on Tuesday is mainly of a technical nature.

As noted in the bill, the minimum wage is expected to increase annually: it will be equal to 100 percent of the average subsistence minimum of the able-bodied population for the second quarter of the previous year.

Since May 1, 2018, the level of minimum wage for the first time equaled the subsistence minimum. The measure affected three million people, the regions allocated an additional 20 billion rubles for its implementation.

"Of course, the size is insufficient and the increase is insufficient, but this is an eternal question, "Valentina Kabanova (United Russia), Deputy Chairman of the Duma Committee on labor, social policy and veterans Affairs, said at a meeting. "We would always like our people's incomes and welfare to be higher. But an increase of even this size of minimum wage will affect 3.7 million people, so how can we not agree with this bill today?"- she replied to the criticism voiced by the opposition.