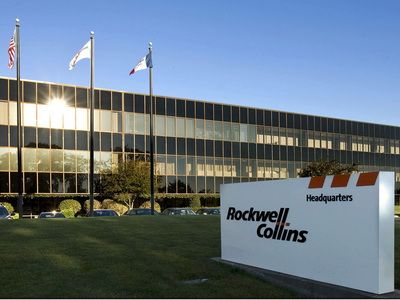 “This is a great opportunity for our customers in the Middle East region to get the content they want, right at their fingertips,” said Taylor Prosba, director, Cabin Information Systems for Rockwell Collins.

Elie Kawkabani, senior vice president, Business Development at OSN said, “We are excited to be entering this business relationship which will extend our suite of Arabic content to Rockwell Collins’ customers. Both OSN and Rockwell Collins are dedicated to delivering elite experiences, and I’m delighted that the best of our Arabic dramas, TV series and movies will be enjoyed on Stage. This new deal solidifies our commitment to promoting entertainment made in the region, for the region.”

OSN has a history of providing exceptional value for customers with its focus on offering the latest and most in demand content. OSN’s unbeatable range of Arabic programming has been well-established through its partnerships with international and regional studio majors, making OSN an industry-leader in the Middle East.

OSN content will be available on Stage beginning this month.

OSN is the region’s leading entertainment network with the rights to broadcast into 24 countries across the MENA. The company is owned and operated by Panther Media Group, registered in the Dubai International Financial Centre (DIFC) and has two shareholders, KIPCO and the Mawarid Group Limited.

OSN has a history of providing exceptional value for customers with its focus on exclusive and in-demand content, and innovative digital platforms for anywhere, anytime access.

With over 150 channels, OSN’s strength is its unbeatable range of exclusive programming led by its long-term partnerships with studio majors including Disney, HBO, NBC Universal, Fox, Paramount, MGM, Sony, DreamWorks and Warner Brothers.

65 HD channels mean OSN is the home for premium and nowhere-else content in Arabic, English, Filipino and South Asian languages. OSN broadcasts the latest content at the same minute as in the US, including popular series, blockbuster movies, and the best sports events. In addition, OSN also provides entertainment content for devices such as laptops, tablets and mobile phones via its OSN Play, online and mobile app entertainment platform, WAVO, offering movies, series and sports on the go.

OSN has been at the forefront of digital technology innovation in the Middle East introducing the first Digital Video Recorder HD, OSN Play, an online TV platform, an internet-enabled satellite receiver and recorder and OSN on Demand, the region's first VOD service.