Handelsblatt Warns of the Threat of Ukraine’s Bankruptcy 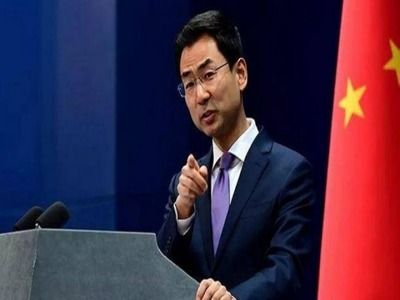 IT, MediaMinistries and departmentsInterstate relationsInternet media
OREANDA-NEWS. The cancellation of the accreditation of three journalists by the American newspaper The Wall Street Journal is not a matter of freedom of speech, as US Secretary of State Michael Pompeo says. This was announced on Thursday at a briefing by the official representative of the Ministry of Foreign Affairs of the People's Republic of China, Gen Shuang.

"This is not a question of freedom of speech, which Michael Pompeo spoke about", the diplomat said. According to him, The Wall Street Journal published an article that denigrates China, it also uses a racist headline that contradicts objective facts and violates professional ethics, which provoked the indignation of the Chinese people and widespread condemnation of the international community". “Mr. Pompeo, at any opportunity, raises the issue of freedom of speech”, the official spokesman continued.

According to the Foreign Ministry of China on Wednesday, the Chinese government decided to revoke the accreditation of three correspondents of The Wall Street Journal in Beijing due to the publication of an article by the newspaper. On Wednesday, US Secretary of State Michael Pompeo said the United States condemns the actions of the PRC authorities.