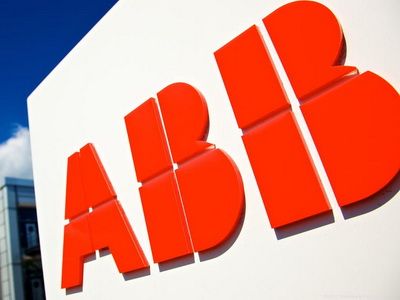 Industry
OREANDA-NEWS. Driving the fourth industrial and energy revolutions were at the forefront of the agenda as ABB CEO Ulrich Spiesshofer held talks with the Chinese president, Xi Jinping, in the Swiss capital, Bern. "Going forward, China has a tremendous opportunity to grow further in digitalized industry, where ABB is a very strong player, and we can help China to reach the next level of prosperity and competitiveness," Spiesshofer said.

The meeting took place on the eve of the World Economic Forum annual meeting in Davos, during President Xi Jinping’s first state visit to Switzerland. Ulrich Spiesshofer was one of five CEOs invited to take part in the discussion, which focused on Swiss-Chinese relations and how ABB and other companies can support China’s ongoing development.

"President Xi Jinping expressed his appreciation of the long-term relationship between Switzerland and China, and referred to Switzerland’s technology leadership and how complementary the two countries are as trading partners," said Spiesshofer, after the meeting.

The focus of the talks between Spiesshofer and the Chinese president was on how ABB was supporting China in adapting to the "new normal", in particular in helping to drive the energy revolution, industrial productivity – as the leading robotics player in China – and smart urbanization, infrastructure and transport.

Working with China, in China to serve the world

ABB is already working with China on ‘belt and road’ initiatives to open up further trade with the rest of the world, as well as smart manufacturing 2025 – to upgrade Chinese industry – and the global energy internet.

ABB has been active in China for more than a century and today has 18,000 employees in 147 cities across the country. With the full range of business activities, including R&D, manufacturing, engineering, sales and service, ABB has played a key role in China’s development. Among its most significant contributions are technologies such as high-voltage direct current (HVDC) power transmission and industrial robotics. Last year, ABB manufactured its 50,000th robot in China, which is today the world’s fastest-growing robotics market.

On Tuesday, January 17, President XI Jinping will open the 47th World Economic Forum annual meeting, which this year has the theme of responsible leadership. As a pioneering technology leader at the forefront of the Fourth Industrial Revolution, ABB leaders will be in Davos to share their views on the opportunities and challenges of digitalization and how leaders from business, government, education and civil society need to work together to ensure the benefits are more widely shared.