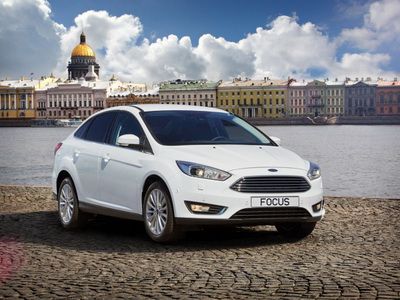 Industry
OREANDA-NEWS. Ford Sollers Company on the basis of 2016 increased sales in Russia by 10% to 42528 cars. The main contribution to sales growth came from Ford Transit and special versions, based on this model, crossover Ford Kuga and Ford Focus, the press service of Ford Sollers.

"In 2016, despite the falling market, we managed to increase sales by 10%. In the New Year we will continue to strengthen the position in the SUV and LCV segments. We are confident that this crossover will be the basis of the Russian automotive market in the future, and the market of light commercial vehicles will continue to develop rapidly. In 2017, we will continue to bring to the market new products, services and technologies, as well as to modernize the production facilities to offer Russian customers modern Ford cars, the most adapted to the needs of the market ", - said the President and CEO of Ford Sollers, Mark Ovenden.

The largest increase in sales by the end of 2016 was shown by a new generation of Ford Transit with the growth of 63%. The sales of bestseller Focus grew by 8%. Demand for SUV contributed the increase in sales of off-road models Ford EcoSport and Ford Kuga, the sales growth was 15% and 18%, respectively. Sales growth of Ford Fiesta, which the company launched to the Russian market in the summer of 2015, was 29%at the end of 2016.

Today, Ford Sollers offers customers the fully updated range of the Ford, presented by seven localized models that are produced by full-cycle technology, as well as line of special cars based on Ford Transit. The company is represented in Russia by four plants and full-scale R & D-center, dealing with adaptation and localization of the car Ford.