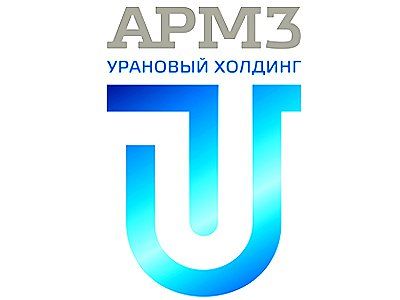 OREANDA-NEWS. Vladimir Verkhovtsev, General Director of JSC “Atomredmetzoloto” arrived in Kurgan Region to hold a meeting as a part of his business trip itinerary.

At the beginning of the meeting Mr. Verkhovtsev presented to the enterprise staff their well-deserved award – a diploma and a medal of the winner of an international competition entitled “Ecological Culture: Peace and Accord” in the nomination “Environmental Culture in Industry and Energy.” “Our main purpose is to ensure the required uranium mining safety level that minimizes the impact on the environment, personnel and the general population.

ymbolically, it is the project on preserving environmental culture at Dalur JSC that has been noted. This shows that environmental objectives have been included in the development program of effective methods in production of uranium, with focused efforts on reducing the environmental impact made by humans, and involving all the employees in this work,” General Director of ARMZ Uranium Holding said.

Vladimir Verkhovtsev also presented the license issued by the Federal Agency for Subsurface Use to operate Dobrovolnoe, subsurface site of federal significance, and to explore and produce uranium. “I am sure that as we get ready to launch the production, build and operate the sites, we will pay considerable attention to issues of environmental protection and continuously work to reduce the adverse effects of production,” Vladimir Verkhovtsev said.

The main report at the meeting was made by Nikolay Poponin, General Director of Dalur JSC. In particular, Mr. Poponin talked about the principles of safe and sustainable development as cornerstones of the enterprise’s environmental policy. The company seeks to keep the natural systems intact, and ecological safety principles are on par with the goals to increase uranium production.

Nikolay Poponin paid special attention to issues of ecological safety in preparation for commissioning of Dobrovolnoe Deposit. “The impact on the environment during the deposit development, of course, causes concerns of the local population. In order to address many questions and concerns, Dalur JSC conducts all the events openly with the engagement of the public. All the residents of Zverinogolovsky District who wanted to visit the sites in Dolmatovsky and Shumikhinsky Districts could see first-hand how safe our production is. Environmental monitoring study is currently underway in Zverinogolovsky District, and the general public is broadly involved in the process. An Information Center will open within the next several days in the district capital. The Center will provide all the necessary information to local residents on all issues of concern. Many of the residents of Zverinogolovsky District support our plans, and would like the work on Dobrovolnoe to start as soon as possible,” the General Director of Dalur JSC said.