In February, Mitsubishi almost doubled its sales in Russia 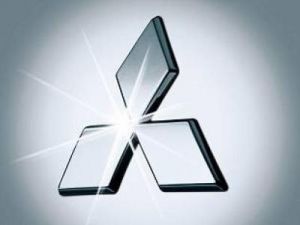 OREANDA-NEWS. Russian dealers of Mitsubishi sold 2902 cars in February - almost twice as much as a year before. According to the results of the first two months of 2018, 5005 Mitsubishi cars were sold in Russia, which is more by 96.6% than the same period of the last year.

As the press service of "MMS RUS" informs, Mitsubishi's best seller on the Russian market remains the crossover Outlander, whose sales in February grew by 18.2% and they were 1,587 cars. The second most popular model of Mitsubishi was the Pajero Sport SUV, which was chosen by 675 customers, which is almost seven times higher than the result of a year ago, first of all due to the start of the production of the diesel version at the Kaluga plant. Sales of the crossover ASX increased by 39% in the last month and they were 428 units.

As previously reported "AUTOSTAT", since February the Kaluga plant "PSMA Rus" has launched the release of two new versions of Mitsubishi Outlander, which are equipped with a front-wheel drive. Changes touched the 2.0-liter engine Invite and Intense +, except for the all-wheel drive. Due to this they are cheaper than all-wheel drive versions. So, Outlander in the performance of Invite (2.0L, 2WD, CVT) is offered at a price of 1 million 579 thousand 990 rubles, in the performance of Intense + (2.0L, 2WD, CVT) - from 1 million 699 thousand 990 rubles.