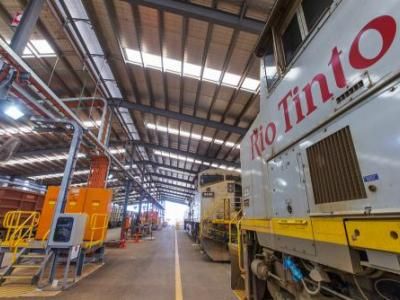 OREANDA-NEWS. Rio Tinto is expanding its autonomous haul truck operations to a fifth site in Western Australia this month, increasing the group’s autonomous fleet at its world-class iron ore operations in the Pilbara to 100 trucks later this year.

A total of 15 trucks fitted with Autonomous Haulage System (AHS) technology will be deployed at the West Angelas mine from May with testing and commissioning commencing later this month. The autonomous fleet at the mine includes Rio Tinto’s first retrofitted Komatsu 930E trucks and represents about 25 per cent of the total fleet in operation at West Angelas which is owned by the Robe River Joint Venture.

Rio Tinto Iron Ore chief executive Chris Salisbury said “This deployment is a special achievement for Rio Tinto as we pioneered the adoption of AHS in Australia at the West Angelas mine 10 years ago, paving the way for the significant autonomous fleet we have in operation today.

“Rio Tinto has led the way in automation and has been on this journey for more than a decade. We’ve successfully managed the challenges and opportunities that automation technology presents and have a track record of reskilling, upskilling and redeploying our people.

“Technology will continue to change the way we work, new career pathways will be created and our adaptability and innovation in training and development will be key to our success.

“I’d like to thank our Robe River Joint Venture partners Mitsui and Nippon Steel & Sumitomo Metal for their ongoing contribution and support.”

Notes for editors
Since commencing trial operations in 2008, Rio Tinto’s autonomous haul truck fleet has moved more than one billion tonnes of ore and waste material across the Pilbara.

Last year, Rio Tinto’s autonomous fleet accounted for about a quarter of the total material moved across our Pilbara mines. On average, each autonomous truck was estimated to have operated about 700 hours more than conventional haul trucks during 2017 and around 15 per cent lower load and haul unit costs.