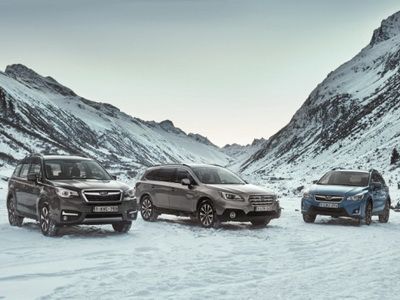 Subaru exceeded the sales plan in Russia and Belarus in 2016

Industry
OREANDA-NEWS. The company "Subaru Motor", the official distributor of Subaru vehicles in Russia and Belarus, sold 5728 vehicles, by exceeding the sales plan by 4.1% in 2016.

The most popular model of the brand has become a mid-size crossover Forester, whose sales were 4,025 vehicles or 70.3% of the Subaru sales in Russia and the Republic of Belarus for 2016. The most demanded configuration of year - Forester VF with an engine capacity of 2.0 liters and continuously variable transmission Lineartronic, equipped with the help of the system when driving off-road X-Mode (31,4% of sales of model), the press service of "Subaru Motor".

"According to our forecasts - a general decline of sales of passenger cars in Russia and Belarus by 20% - we have established a plan to sell 5500 Subaru cars in 2016. However, since October, the sales trend was above our expectations, and we have sold more than planned, "- said General Director of" Subaru Motor", Yoshiko Kishimoto.

In 2016, the model range Subaru was changed: sales of sports cars WRX and BRZ have been suspended, and in the second half of year the segment of sports cars Subaru was presented by one model - a 300-horsepower sedan WRX STI. At the same time Outback returned with an engine capacity of 3.6 liters and Forester with a 2.0-liter turbocharged engine.

Sales plan in Russia and Belarus in 2017 was 5800 Subaru vehicles. The model range will remain unchanged. All models will be certified by "ERA-GLONASS".