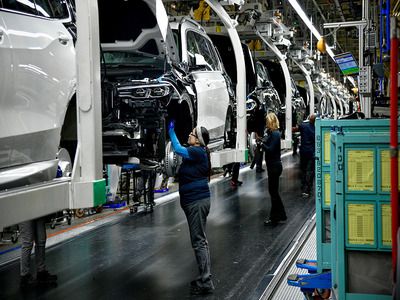 In the United States Launched an Investigation Against BMW

IndustryCars and equipment manufactureCar and truck transportInternational activities
OREANDA-NEWS. The US Securities and Exchange Commission (SEC) has launched an investigation into the German automaker BMW, some American media write with reference to a company representative. “The SEC has contacted us, we will fully cooperate in their investigation”, he told the American media.

SEC finds out whether BMW could artificially inflate data on its sales in the United States, specify the publication. It is a practice when dealers register company cars as sold, although in fact this hasn't happened yet. Bloomberg, citing its own investigations, adds that BMW has been paying premiums to its dealers for many years.

According to media reports, in September, Fiat Chrysler agreed to pay $ 40 million on similar charges. As a result, the company revised its reports showing growth in car sales for 75 consecutive months. It turned out that in fact the successful series was interrupted in September 2013, three years earlier than the company claimed. Bloomberg notes that in the US, BMW is fighting Daimler for leadership in the premium car segment. In November, the German concern sold more than 31 thousand cars in the United States.
Source: OREANDA-NEWS
Материалы по теме: