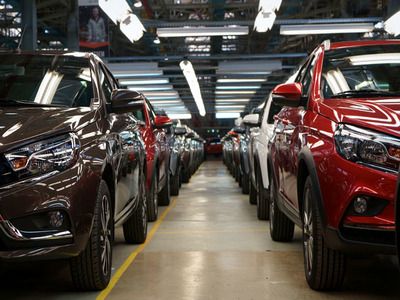 St. Petersburg Authorities Did not Receive Information about Departure of Nissan Concern from the Market

IndustryCars and equipment manufactureCar and truck transportState management
OREANDA-NEWS. The authorities of St. Petersburg did not receive information that the Nissan concern, whose only plant in the Russian Federation is located in the city, is leaving the market. This was announced to the Russian media on Tuesday by the deputy chairman of the city committee for industrial policy, innovation and trade of St. Petersburg Alexei Yakovlev.

Earlier, a news publication, citing its own sources, reported that Nissan’s departure from Russia was discussed due to the concern that the concern allegedly has problems with the model range, which affects demand.

Earlier, the Nissan press service said it was calculating the option of reducing the number of employees at the plant in St. Petersburg in connection with the transition to work in one shift. Prior to this, the plant announced that within a few months it would go to work in one shift, the decision was due to the difficult situation in the automotive market of the Russian Federation.

According to the Association of European Businesses (AEB), Nissan sales in Russia in 2019 fell by 20%, to 65 thousand cars. In January 2020, sales fell by 1%, amounting to 4.9 thousand cars.
Source: OREANDA-NEWS
Другие новости: