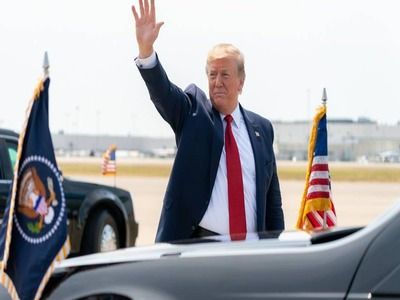 IndustryVehicle commerceInternational activitiesState management
OREANDA-NEWS. The United States will be forced to impose duties on car imports from EU countries if Brussels does not conclude a new trade agreement with Washington. This was announced on Wednesday by US President Donald Trump in an interview with CNBC during the World Economic Forum in Davos.

“Negotiating with the EU is very difficult. I spoke yesterday with the new head of the European Commission, Ursula von der Leyen, she’s amazing. But I told her that if we don’t come to something, I will be forced to take measures - duties on their cars and other products entering our market", said Trump.

“For many years we had a huge trade deficit with Europe - over $ 150 billion”, the head of the White House emphasized. Earlier, the US president repeatedly condemned the EU countries for their trade policy, emphasizing that the actions of Europeans in this area are worse than the decisions of the Chinese authorities.

The United States and the EU introduced mutual trade duties on a number of product categories in the spring and summer of 2018. The European Union is trying to avoid the introduction of new American tariffs on European-made cars.
Source: OREANDA-NEWS
Материалы по теме: