Microsoft Accused Iranian Hackers of Attacking Accounts of US Officials 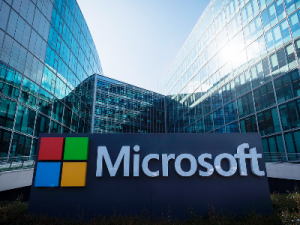 OREANDA-NEWS. Microsoft Corporation reported that the hackers who are connected with the Iranian government tried to crack the accounts related with one of the US presidential candidates. “We’ve recently seen significant cyber activity by a threat group we call Phosphorus, which we believe originates from Iran and is linked to the Iranian government,” Microsoft blog says.

According to the company, over a period of 30 days in August and September, the group made about 2.7 thousand attempts to find accounts of Microsoft clients and tried to attack 241 accounts. The report says that the accounts that were the targets of the hackers were linked to one of the headquarters for the US presidential election, incumbent and former US government officials, reporters who oversee global politics, and prominent Iranians living outside Iran.

As a result of these efforts four accounts were hacked, but they were not connected with the headquarters of the presidential candidate or US officials. Microsoft also noted that the actions of the hackers “were not technically sophisticated”.

At the same time, the hackers used a large amount of personal information of their potential victims. “This effort suggests Phosphorus is highly motivated and willing to invest significant time and resources engaging in research and other means of information gathering,” the company said.

Microsoft also advised users to be careful about protecting their accounts using two-factor authentication, preferably without a password, such as Microsoft Authenticator.