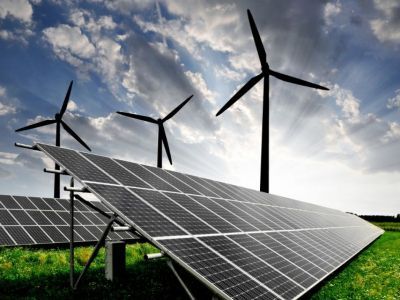 Fuel and energyPower industryAlternative energy
OREANDA-NEWS  A new report explains when certain challenges related to VRE integration are likely to emerge and how to solve them.

Wind and solar PV technologies have seen rapid cost reductions and can now provide electricity at or below the cost of traditional sources in a growing number of countries. This makes them more appealing for countries seeking to meet growing power demand and decarbonize their energy system at the same time.

Since variable renewable energy (VRE) technologies have certain unique properties, integrating them into power systems means understanding how they relate to other parts of the grid. The level of adaptation needed to effectively integrate VRE also changes as more low-carbon resources are built. Making the right changes when they are needed avoids both overspending, delays and protects security of supply.

In this context, a new report on “Getting Wind and Sun onto the Grid” explains when certain challenges related to VRE integration are likely to emerge and how to solve them.

The new report clearly shows that integrating VRE technologies requires little extra effort, especially at the initial deployment stage. The variability of its production is negligible compared fluctuations in demand, something that power-system operation and conventional generators have been designed to deal with. Indeed, wind and solar can be built without destabilising power systems or causing ballooning cost and operational complexities.

Based on existing power systems, the report identifies four phases in VRE integration, each with specific characteristics and operational priorities. In the first phase, wind and solar have no noticeable impact on the system, and the priority is to communicate clearly where and when solar and wind projects can connect, and what technical requirements these plants must comply with. In a second phase, as their share of total power production grows, the focus shifts to managing first instances of grid congestion, and to incorporate forecasts of VRE generation in the scheduling and dispatch of other generators.

In the last two phases, wind and solar start to affect the overall grid and other generators. As the share of VRE grows, the challenges that power systems face will relate both to system flexibility – relating to supply and demand in the face of higher uncertainty and variability – and system stability – the ability of the of power systems to withstand disturbances on a very short time scale.
Поделиться в соцсетях:
Подписаться на наши группы: Instagram | VK | Facebook | Twitter
Rate this article: