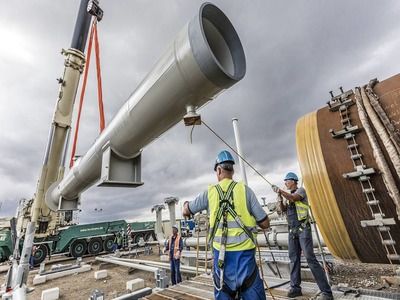 Fuel and energygasOther transport activitiesMinistries and departments
OREANDA-NEWS. Ukrainian Foreign Minister Vadim Pristayko believes that the construction of the Nord Stream 2 gas pipeline can be completed. He stated this in an interview with Bloomberg, which aired on Wednesday.

“Sooner or later it can be completed”, the minister said. “But from the very beginning we said that this project is not economic, it's essentially political in essence”. Pristayko also stated that the Russian side could allegedly cut off the gas supply at some point. He noted that Ukraine tried to convince other states of this.

Earlier it was reported that the US insists on the dangers of Nord Stream-2 for Europe’s energy security. The American side believes that the project will make the EU completely dependent on Russian gas, and therefore vulnerable not only economically, but also politically.
Source: OREANDA-NEWS
Материалы по теме: