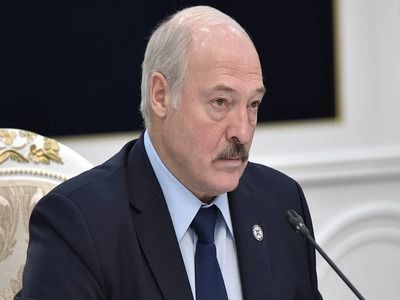 Lukashenko: Belarus Should Be Independent of the "Oil Games" of Major Powers

Fuel and energyOilInternational activitiesState finance
OREANDA-NEWS. President of Belarus Alexander Lukashenko has set the government the task of preventing the republic from being dependent on the "oil games" of major powers.

Lukashenko drew attention to the fact that these powers no longer even hide what games they play and what goals they set. "They are already directly beginning to speak and play to increase oil prices. There is a cartel conspiracy", he said. These games are going on. But, unfortunately, we can’t influence all of this. Even this pandemic and psychosis do not affect them at all Therefore, everyone’s eyes "turned green" when they felt that the decline in income".

According to him, the more support the authorities "create for the economy, the more stable the society will be and our policy will be independent", the head of state said. According to Lukashenko, the events taking place in the world require the adoption of the most prompt measures. “As people say, from the wheels. There is no time for correspondence, reasoning and coordination”, the head of state added.

Lukashenko inquired about the current state of affairs in the country's oil refining complex, in particular, capacity utilization, and performance indicators for the reporting period.