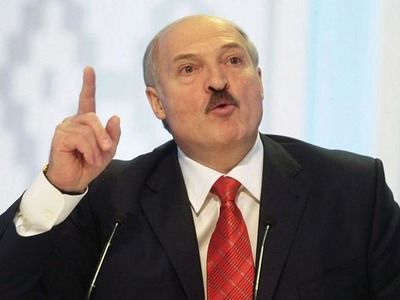 Fuel and energyOilInternational activitiesIncidents
OREANDA-NEWS. Belorussia's trade turnover declined due to problems with oil supplies from Russia, and the economy of the republic needs diversification. This was announced by President of Belarus Alexander Lukashenko on Wednesday at a meeting with British Ambassador to Minsk Fiona Gibb, completing her diplomatic mission.

“Our export and turnover largely depend on the supply of petroleum products. And as soon as the Druzhba oil pipeline trouble and problems with dirty oil, our turnover slightly dipped. Therefore, we need diversification”, the Belarusian News Agency quoted Lukashenko as saying.

Concern Belneftekhim in April announced the receipt of oil through the Druzhba pipeline with an increased content of organochlorine. In May, Belarus and Russia began at the intergovernmental level to discuss compensation for losses to Minsk from the supply of substandard oil from the Russian Federation. Belarus claims compensation for direct and indirect losses. At the end of June, the Director General of the Belarusian operator of the Druzhba oil trunk pipeline (Gomeltransneft Druzhba OJSC) Oleg Borisenko said that he was offering the Russian Federation to increase the tariff for pumping raw materials by 21.7% as compensation for transporting contaminated oil through the pipeline.

Russian Deputy Prime Minister Dmitry Kozak said in mid-July that the requirements to raise the tariff are fair, but not to the extent that the Belarusian side has announced.