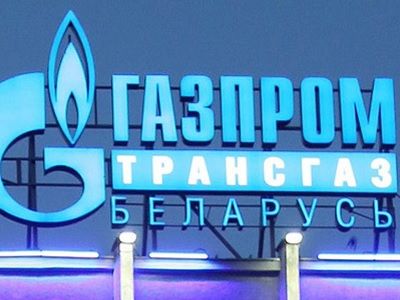 Moscow and Minsk Will Find a Solution for the Gas Price

OREANDA-NEWS  Moscow is confident that it will find together with Minsk a mutually acceptable solution for the price of gas, which will be supplied from 2020. As first Deputy chief of staff of the government of the Russian Federation Sergey Prikhodko told journalists, "work on price agreement continues".

"We are confident that mutually acceptable solutions will be found," he stressed. The representative of the Russian Cabinet of Ministers said that"the issue of the price of natural gas for Belarus from January 1, 2020 is discussed within the working group of the ministries of energy of Russia and Belarus, which met in September in Moscow and in November in Minsk, it is considered at the level of Deputy heads of government."

Prikhodko stressed that the Russian Cabinet of Ministers "do not have information about interruptions in the receipt of payment from the Belarusian side for the gas supplied by Gazprom." "All payments are made by partners in accordance with the terms of the contract with Gazprom, "he said.

The issue of gas prices was raised on December 6, when a meeting of the Supreme Eurasian economic Council was held in St. Petersburg. Russian President Vladimir Putin and Belarusian President Alexander Lukashenko argued about the fairness of the current price of Russian gas for Belarus. When the Belarusian leader complained that this price is high, Putin noted that for Belarus, as one of Russia's main allies, it is almost twice lower than for Germany, although in this matter "we must strive for unification." But for this, according to Putin, it takes time and another level of integration between the countries. Later Lukashenka admitted that he had to apologize to his Russian counterpart for the sharpness of his statements.